Here are the complete lists of talent and ascension materials for Sayu in Genshin Impact. Learn more about her talent stats, base stats, constellations, and community ratings on this page.

Sayu is the Shuumatsuban’s resident ninja and the last successor of the Yoohoo Art. She uses the power of Anemo to swiftly move across the battlefield and wields a Claymore much heavier than herself to protect her companions.

Sayu gains bonus stats on her Elemental Master for every ascension phase.

These are the total materials needed to reach the max ascension level for Sayu . They can be acquired from Anemo Hypostasis, Stormterror, Maguu Kenki, and Whopperflower. As for Crystal Marrow, it can be collected within Inazuma region. 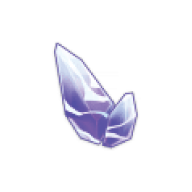 These are the lists of total talent materials for Sayu. The Freedom books are available every Wednesday, Saturday, Sunday in Violet Court domain located in Inazuma. 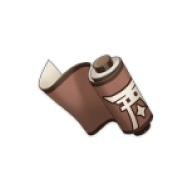 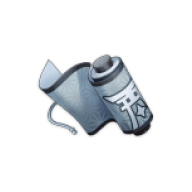 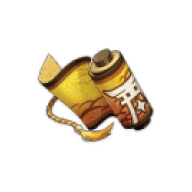 When Sayu triggers a Swirl reaction on the battlefield, she will regenerate HP for your characters in the party and all nearby allied characters. Additionally, the amount of healing will also benefit from Sayu’s Elemental Mastery.

Once Sayu stops spinning her blade, she unleashes a more powerful strike that launches smaller enemies within her range.

Sayu’s perform a special ninjutsu technique of the Yoohoo Art in which Sayu curls up and enters the Fuufuu Windwheel state and rolls forward for a certain distance smashing into opponents at high speed dealing Anemo damage. When the skill ends, Sayu performs a Fuufuu Whirlwind Kick, dealing AoE Anemo damage.

Holding her Elemental Skill casts Yoohoo Art: Fuuin Dash causing Sayu to roll continuously in the Fuufuu Windwheel state increasing Sayu’s resistance to interruption while within that state. During this time, Sayu can control the direction of her roll and can cast the skill again to end her Windwheel state early.

Upon ending it she unleashes a stronger version of the Fuufuu Whirlwind Kick dealing a single instance of AoE Anemo damage. The longer Sayu remains in her Windwheel state, the longer the skill’s cooldown will become.

With adept use of Fuufuu Windwheel state Sayu can swiftly roll across the battlefield to trigger Swirl reactions in tandem with other party members. In the open world, Sayu can make use of her Fuufuu Windwheel to quickly cover distances aiding with exploration.

Unleashing her Elemental Burst deal Anemo damage to nearby opponents as well as heal all nearby party members. The amount of HP restored is based on Sayu’s attack.

Additionally, Sayu performs another ninjutsu technique of the Yoohoo Art Summoning Sayu’s trusty helper, Muji-Muji Daruma. At specific intervals, Muji-Muji Daruma will take one of several actions based on the situation around it. If the HP of nearby characters is relatively high, it will attack a nearby opponent, dealing Anemo damage.

Unlock 2 more passive talents for Sayu on her first and fourth ascension phase.

New constellation’s passive abilities can be unlocked for Sayu each time you obtain a character’s specific item called Stella Fortuna and these upgrades can permanently enhance him in various ways.

These are the upcoming characters that have been announced by miHoyo and some of them are leaked by beta tester players. Their stats are yet to be confirmed and may change upon release.

GODDAMN, How is she a 4 star character? Just reading her skills feels like she’s so strong. Idk tho, let’s see when she gets to be playable.

im so excited for her! im farming for sayu and ganyu right now i hope i get them!