In this Genshin Impact team comp guide, we’ll be covering the prodigal alchemist, Albedo. Albedo’s elemental skill creates a field that deals geo damage to enemies who take damage every 2 seconds. His bursts play off his elemental skill by doing large AoE geo damage that is followed by multiple procs of his fatal blossom shards. The unique stat he gets from ascension is geo dmg %.

I’ll be covering both his potential as a DPS and a burst and sustain damage support. I won’t go over him as DPS too comprehensively because I think his skill set and numbers are much better suited for a supportive role. If you look at his basic attack percentages, he has one of the lowest basic attack damage ratios compared to the other sword users. Even Kaeya is a much better option if you’re looking for a sword using DPS.

I think it’s important to talk about elemental reactions even if he bears the geo element. Geo reacts with other elements in the game by creating an elemental shard based on whatever element was used to create crystalize. That shard can be picked up to form an elemental shield that has a large amount of damage reduction against that specific element, whereas just blocking a small amount of other sources of damage.

Elemental mastery is what contributes to how strong the shield is. Most of the time, however, we don’t care about the strength of the shield versus what it enables for us.

There are a few ways we can benefit from shields:

Most of the time, you pick geo support like Albedo when you want access to one of these benefits. You can also pick Albedo for just raw damage, which some of these comps highlight. This is how you should think when you want to know if slotting in a geo character is right for your specific team comp.

Elemental resonances are very important with a geo character. For Albedo support or DPS, only 2 resonance points are beneficial:

Fervent Flames: Which gives a flat atk% increase. This is generically good when running a geo-centric comp because your geo DPS is not looking to react with elements, so the raw power you get from this is very good.

Enduring Rock: Slotting in an extra geo character to give you access to an ATK multiplier when you have a shield. This gets even better with the geo update coming in 1.3, but it’s still very worth running if you’re committed to playing a Geo DPS only. 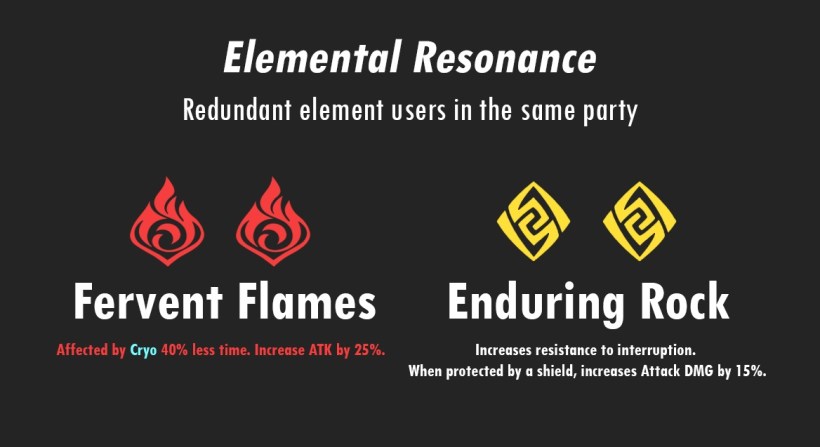 Let’s first take a look at all team builds for DPS Albedo. Again, I don’t have a lot listed, just my best in the slot and my free to play. I really do believe that if you want to get the most out of this character, you want to play him as a support. I have a lot of great team comps with him being an integral support unit listed later.
Like always, I’ve gone ahead and labeled comps abyss ready if I think that comp is something you can plug and play in the Abyss. Again, because the abyss has different enemies and buffs for each floor, I cannot advise you that these comps will work for all 12 floors. That’s why I also have listed an abyss core for each comp that you can build your teams around based on the circumstances.

This is my best in team composition for Albedo DPS. You pick up both geo resonance and pyro resonance to give you as much raw power as possible. Xinyan’s P4 talent gives you added physical damage, and Ningguang’s passive gives you added geo damage.

Having both generates you a mixed damage profile and allows you to be able to fight your way through almost all battles. This comp falls off hard against fatui or any tough resistances or shields you may not be able to break. For these cases, you can substitute out your resonance points so that you have enough elements to deal with them.

This is my free to play for Albedo DPS and Fischl with Albedo is very nice because Oz will proc lightning strike with the crystalized reactions. Throw Xiangling in there and you constantly have turrets to put up and make the most use out of Albedo’s elemental skill. You would alternate between Gouba and Oz because you don’t really want to trigger overload and blow your enemies away. These two turrets also offer so much energy generation that you’ll be able to spam your burst on Cooldown. Barbara is your healer and thrilling tales holder.

Let’s dive into all support Albedo team builds. Albedo does a lot of sustained damage with his E and generates energy even when he’s not on the field. His burst also scales hard and does a lot of damage. Whether you use him as a battery, extra AoE chip damage, or both, he’s a very good addition to your team when you have that extra slot. Let’s examine where he excels most.

Ningguang finally has the best in slot support. For a time, you ran Ningguang with geo traveler for added burst DPS, or Noelle for sustain, or Zhongli for crowd control and durability. However, none of those 3 options are as good as what Albedo is able to provide. Albedo works so well with Ningguang by providing extra damage that synergizes so well with Ningguang’s C1. Ningguang’s basic attacks being able to hit multiple enemies means that albedo’s blossom also hits multiple enemies and gives you so much AoE damage. Ningguang now can nuke enemies but also deal with large waves of mobs much easier.

Venti works so well with these two because it groups enemies in a tight space for your Constellation 1 Ningguang to do maximum AOE damage and have Albedo’s elemental skill encompass all the enemies and hit them all as well. You may think Anemo and geo is a bad combination, but don’t knock it until you try it, it’s really good. Bennet is here for the raw DPS buff and healing.
Geo resonance is great since you’re already running a geo DPS and will multiply the damage you deal. The buffs coming in 1.3 synergizes perfectly with Ningguang and Albedo’s damage profile being Geo centric.

This is probably the most satisfying comp to have Albedo in. I tested this comp on stream and the playstyle is just so smooth and satisfying to pull off. Albedo’s E allows you to max your Oz damage in between your electro charge procs with Childe. Add an Anemo to group enemies and swirl electro charge and you will delete large mobs in seconds.

Albedo works so well with Childe for the same reason that Fischl works so well with Childe. You’re able to drop a turret that allows you to stay on Childe for his dagger form while still doing extra damage when your Albedo is on the bench. This field lasts for 30 seconds which syncs up almost perfectly with how long your Childe’s daggers last.
You grab an Anemo to tie the entire comp together so that you can group more effectively to make the most use out of all the AoE damage you can do with Childe Riptide, Fischl, and Albedo skill and burst. If you run Viridescent Hunt on Childe, you can also group enemies so that Albedo’s elemental skill AoE gets the most value.

Instead of playing Zhongli, you’re replacing him with less crowd control but more sustain and AoE damage. You would play Razor how you normally would, proccing superconduct every 12 seconds. However, this time you drop your Albedo E before you go through your full rotation so that when you’re in your Razor burst, you get that extra damage on enemies every 2 seconds. The electro shield shards that drop also give you some added tankiness to your Razor and allows him to be more durable.

Play Albedo over the likes of someone like Zhongli if you’re looking for more damage rather than tankiness or crowd control. In my opinion, I still like Zhongli better here, but Albedo will not disappoint you with how much-added damage you’re getting.

Usually, you play Keqing with electro resonance however in this case I think you can forgo it for some extra damage. Albedo’s E provides you with a respectable energy source and along with an Anemo character and Xingqiu you should still be able to play Keqing like you usually do. You have Keqing and Xingqiu as your main 1-2 punch electro charge, while Albedo serves as extra damage in between. You still want an Anemo because you want to group enemies for max electro charge efficiency. The crystallize shards that drop are also great, if you run Archaic Petra 4 piece set, regardless of if it’s hydro and electro since your damage profile contains so much of both.

I think Kaeya DPS is one of the most underrated characters in the game. Especially with the cryo domain out, he’s set up to do damage comparable to some of the 5-star carries. For this free to play version, Kaeya and Xiangling are paired together for melt. Barbara is your traditional healer and thrilling tales holder, and albedo is an extra damage source that compliments the likes of Gouba and Kaeya’s spammable AoE cryo skill really well.
This comp has all the elements needed to handle any Fatui or shields and is very versatile in its damage makeup. You have a great single target and AoE options for a variety of different engagements. Even without an Anemo to deal with mobs, Kaeya and Xiangling bursts work well together and albedo adds even more AoE to the mix.

The notable DPS characters that I left out are Diluc and Klee. Them, along with some of the other characters I didn’t mention, are not here because I think their team slots are very tight. For example, with a DPS like Diluc or Klee, you’re running one character to help proc vaporize or melt, one Anemo, and the last slot usually goes to bennet who provides you with pyro resonance and an insane AD buff. In situations like this, Albedo wouldn’t make the team better by replacing any of those units.

Overall, I think Albedo is certainly the best geo support character available. If you want to think of a simple example, he’s quite like a geo version of Fischl. He adds reliable energy generation and very good numbers for his sustained damage and burst support abilities. He also allows your team to have a more versatile damage profile.
I wouldn’t say he’s a must get; your teams will do fine without him and won’t be at a disadvantage in terms of max potential. However, he’s certainly fun and with the new geo changes in 1.3, he’s in the position to become one of the better generic supports in this game. All I’m saying is that you shouldn’t dismiss him just because he’s geo, and the damage that he’s able to provide you might just surprise you.

Thanks! this helped me alot!